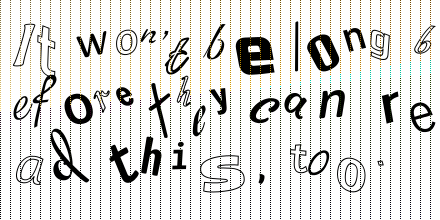 CAPTCHA Tweet* is an application which users can post tweets in a CAPTCHA form with. Since computers can hardly read it, humans can communicate behind their sight.

CAPTCHA has originally been developed to distinguish computers from humans. It asks the user to type text from a distorted image. This is easy for a human but difficult for a computer. It sorts out computers by requiring them to complete a task which only humans can. CAPTCHA Tweet uses it as cryptography for secret communication between humans based on the fact that it is not legible to computers’ eyes.